How Rockstars Build Up To A Social Media Announcement

Creating build up to a social media announcement is simple right? Just write a press release, re-work it into a blog post and again for social media. The truth is many press releases are distributed via the wire everyday, only to not be picked up by anyone– journalists, bloggers or influencers. If it was that simple people wouldn’t make their entire living offering public relation services. In reality building anticipation for an event requires an integration of social media, SEO and public relations.

Recently, I was in a meeting with a client to plan a huge product launch. Their public relations representative wanted to immediately distribute a press release via the wire. Since the client has a large, die-hard following, there is no doubt the press release would create some waves in their industry, but there is much more opportunity when PR integrate with other functions such as social media to build anticipation and SEO to earn high quality links. This works especially well for brands with a loyal following such as the client who is revered for making high-end products within their industry or popular musicians such the world-famous metalcore rock band Atreyu.

In this brand spotlight we look at how Atreyu created a buzz on their Facebook page prior to announcing their comeback after a three year hiatus:

2. Almost three weeks later on June 10th, the band posted the first of several short YouTube video clips of the band playing, their logo, and a stopwatch counting down. 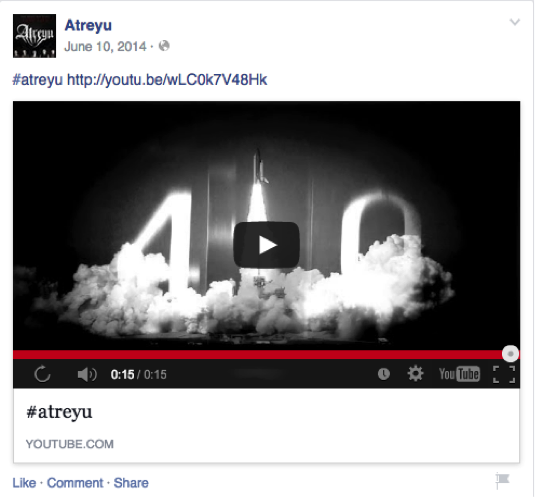 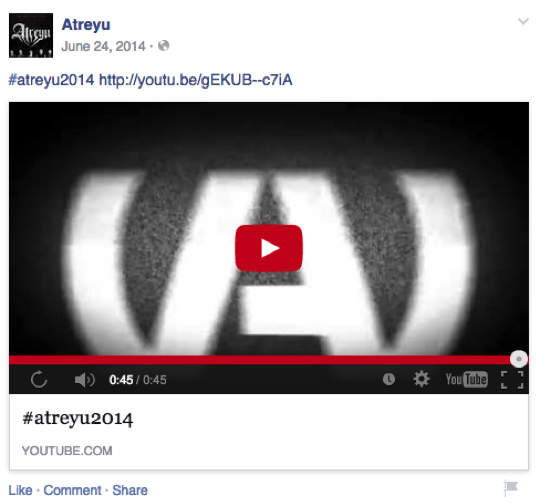 5. The same day as the announcement of their return, Atreyu’s previously black Facebook cover photo was changed to now include the Atreyu log 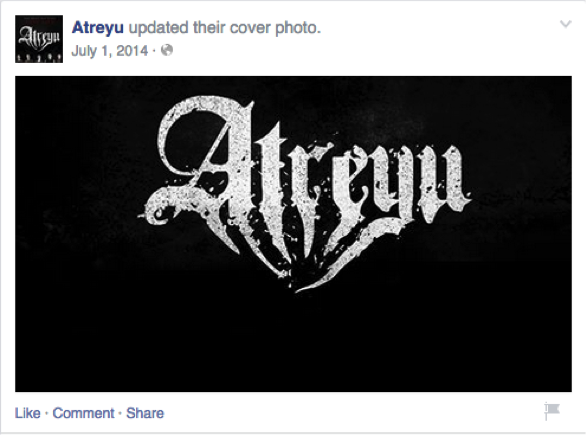 Before making a big announcement, get creative with a series of social media posts to build anticipation. Make an initial, ambiguous post that alludes to an imminent announcement. Follow up with supporting posts to indicate the announcement could happen at any moment. Think of a creative way to finally make your official announcement as Atreyu did when adding their white logo to the previous pure black cover Facebook photo. Hold a kickoff meeting with your public relations, social media and SEO teams to develop an integrated strategy leading up to the launch date. Learn specific methods of how to integrate PR in SEO.

p.s. The lead vocalist, Alex has a gym in Costa Mesa, California called Hellenic CrossFit & Muay. If you’re ever in the area, stop by; everyone very friendly. I typically workout there in the evenings Monday-Thursday.